Shea butter is an amazing healing and moisturising agent that comes from the fruit of the shea tree. This tree grows spontaneously in the wooded savannahs of West Africa. Ghana, Mali and Burkina Faso, as well as other countries in the sub-Saharan region.

The tree produces its first fruit when it is about fifteen years old and reaches its full production at the age of twenty-five to fifty. The edible fruit is the size of a large plum and contains 1 to 3 seeds the size of pecans surrounded by a thin brittle hull. The kernels are about 50% shea butter. One tree produces 15 to 20 kg of fresh fruit, which corresponds to 3 to 4 kg of kernels. Four kilograms of kernels makes one kilogram of butter.

It is primarily rural women who gather shea nuts from under the trees and do the traditional processing. Men usually are only involved in transport and marketing. Because of this, the export of traditionally produced shea butter directly benefits some of the poorest villagers in one of the world’s poorest countries. This is not true of cocoa, coffee, cotton, copper, lumber, etc., whose profits flow mainly to governments, corporations, and wealthy producers and middlemen. Nor is it true of shea nuts which are industrially processed, depriving poor women of their traditional income.

What makes this butter remarkable in comparison to other oils is its content of unsaponifiable fats. That means even though it’s a fat it won’t turn to soap in the presence of a strong alkali so its moisturizing properties remain viable. Thus it has been used to moisturize and protect the skin as well as treat sprains, painful joints, wounds and colds by tribal people for thousands of years. It is 100% natural and non-toxic.

Traditional Use of Shea Butter

The Shea trees grow wild in a tribe’s fields and are given a mystical significance. This is not surprising as it is such a valuable source of edible fat and an even more precious material for many skin-care and medicinal products.
The Shea tree also has other useful components. The bark, leaves, latex, and roots are used by indigenous peoples for a number of purposes. The flesh of the fruit can be eaten when still fresh, but it does not keep long.

This butter is used for cooking but also has a wide range of other traditional uses:

Cosmetic and Therapeutic Use

Shea butter has soothing, moisturizing and protecting effects. Due to the presence of a sizeable quantity of unsaponifiable fats, its content in vitamins and other active elements, shea butter adds other more precise activities to these general properties.

Shea butter is, therefore, an outstanding product for cosmetic and pharmaceutical purposes, even incorporated in high proportions. It is easy to work into all kinds of emulsions and makes a very good excipient (carrier) as it prevents allergenic reactions without altering the active principles. 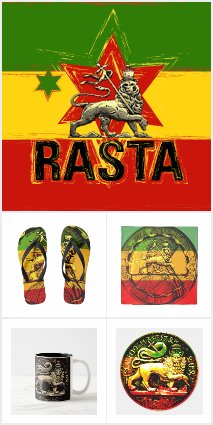 Lion of Judah
by Truckeystar