Reggae music is a music created by Rasta people and it carry earth force, the people rhythm. You know theres a rythmn where people workin, people movin, you know. When we play music, and you know we dont play to suit critics, we play what we want to play, when we want to play it , and we have a reason why we play it too. Bob Marley

Reggae,music originated in Jamaica with ska and then developed into Rock Steady Roots and culture, dub, raggamuffin and dancehall. It carry the heartbeat rythmn.Discographies, biographies and lyics. Discover or rediscover the roots of reggae and its heart beat rythmns for the healing of the nations and the human heart.

Rastafarians are a Jamaican group that honors Haile Selassie, a former emperor of Ethiopia as the King of Kings, Lord of Lords, Conquering Lion of the Tribe of Judah. The Rastafarian way of living began in the 1930s in poor sections of cities in Jamaica. It was inspired by the teachings of Marcus Garvey (1887–1940). He taught that people of African descent will find peace, dignity, self-expression, and self-reliance by embracing Africa as their ancestral home, even though they may live somewhere else.

Rastas worship with the nyabinghi using three drums—large, medium, and small. The large (bass) drum is a barrel with heads at each end that are struck with a soft-headed stick. The medium drum just touches the ground when held between the player’s legs and is played with two hands. The small drum is held like the medium drum, except it doesn’t touch the ground; intricate rhythms are played on it with fingertips. These drums are often painted green, red, and gold to symbolize the flag of Ethiopia.

Reggae puts the emphasis from the upbeat to the downbeat. It is extremely difficult to find a written history of reggae music because Jamaicans are renowned for their rich oral history. The written word is mistrusted because of “written in stone” mentality of colonialism and manipulation, indoctrination and inhumanity that this ultimately creates.

The end of Colonialism and the Swinging Sixties

In the fifties, colonialism was winding up business in Jamaica. Unlike the French, the English left their infrastructure behind. American radio was seeping into the society around this time and Jamaican indigenous music fused with the Amercian big band, rhythm and blues fused with Jazz hit the British and Amercian music scene like a bomb. This was the swinging sixties. A spirit that endured slavery, colonialism and to this day some of the grimmest conditions, both social and economic, in the world, gave birth to ska. It was like everyone was waiting for something to happen with Colonialism ending and Independence beginning. Ska did not take off in London as much as in Britain where there were more Jamaicans to support and promote it. It developed to become one of Jamaica’s authentic musical genres. A group of musicians in Jamaica get together and start playing. We play in bands in the clubs and hotels where we play stock arrangements of well-known songs that the bandleader would bring, usually from America, printed on sheet music or we play jazz. We go on like that for a while but then say we want to make soul music for ourselves, our own music, so out of that same jazz we change the style of the rhythm by having the guitar play that chuck, chuck chuck, and the drums play that downbeat instead of the upbeat he would play in jazz.

Brass music is an integral part of the power of Reggae Music. The Alpha Boys School, a Catholic School for the unfortunate produced some of the most epic brass players in the world. The Alpha Boys School Captured the spirit of these kids and produced the likes of Don Drummond, Rico Rodriguez, Tommy McCook, Eddie “Tan Tan” Thornton, John “Dizzy” Moore, Joe Harriott, Cedric Brooks, Lester Sterling, Dizzy Reece, Harold McNair, Wilton Gaynar, Vin Gordon and Bobby Ellis. Sister Ignatius was in charge of the music at Alpha. In 1908 they received a donation of Brass instruments from America. The students received a solid grounding to say the least and it wasn’t long before they were improvising. The Skatalites were born.

Jamaicans took to the streets with their sound systems. Coxsone Dodd and Duke Reid tried to outdo each other with their shows. The Sound Systems also took off in Britain in the seventies, making way for the onslaught of reggae artists like Jimmy Cliff, Bob Marley and the Wailers, Gregory Isaacs and Garnett Silk. Impromptu Street music sprang up. Singing and Dancing is as natural as breathing to Jamaicans. The rebel roots of Jamaican music were planted in the seventeenth century along with the people’s propensity to sing.

Rock Steady developed with more focus on singing and lyrics and Jamaica’s take on soul music with a three-part harmony. The Wailers arrived and ushered in the Roots Reggae era of the seventies with the likes of the Mighty Diamonds, The Abyssinians, Culture and Israel Vibration. Still steeped in rock steady but becoming radicalized with a strong message. Dancehall reggae, Dub Reggae, Raggamuffin, Island reggae, French Reggae, Jamaican reggae, Toots, Buju Banton and Beenie Man, the story is constantly evolving. 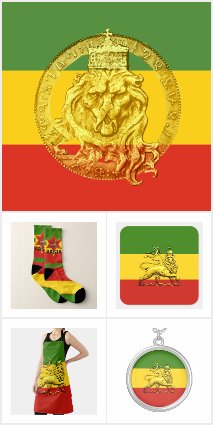