Rastas grow their own vegetables and save their own seed and plant material. You know where your food comes from and that is fresh and full of vitality.

Organic home-grown vegetables from organic vegetable seed are an essential part of the Rastafarian ital diet. Growing your Rasta garden in any climate means growing vegetables, fruits and herbs endemic to your local area. Access local seed from experienced gardeners that have adapted to your area and eat as many homegrown vegetables as possible. Vegetable seed companies do sell good organic vegetable seed online but if you want bulk seed, grow and save it yourself. Then you can even have some vegetable seed for sale, sprout seed for living food in your salads, grow some next season or share some with friends. These are some but by no means, all the vegetable Rastas grow.

The bean plant was once called a miracle herb because it not only purified the blood but also strengthened the heart, veins and kidneys by encouraging good circulation. Beans are rich in nutrients, especially the French bean. They contain chlorophyll, Vitamins B1 and B2, the pep vitamins, Vitamin A, the energy vitamin, Vitamin C, the beauty vitamin, Vitamin E, the sex vitamin, Vitamin G, the youth vitamin and Vitamin K for blood clotting. They also contain calcium, carbohydrates, cellulose, chlorine, copper, iodine (lentils), iron, magnesium, niacin, phosphorus, saccharine, silicon and sulphur. Half a cup of beans contains more than twice as much Vitamin A and C, six times as much niacin and two hundred per cent more iron, than three-quarters of a cup of milk, whilst only providing a third of the calories.
It is so wonderful to notice how nature gives us markers for natural medicines. The kidney bean is shaped like the kidney, the colour of the kidney and strengthens the kidney. Kidney beans are a staple of the Rastafarian diet used in rice and peas and soups and ital pots.

There are many other genera referred to as beans. These beans are less mainstream but well worth researching and growing in your rasta garden.

Some beans are eaten green, when tender, ie snap beans and string beans, and others are eaten dried, ie the kidney bean, pinto bean, navy beans. Plant organic bean seed direct where they are to grow in the rich soil after all danger of frost has passed. Beans are either dwarf bushes or vines, so if they are vines provide a trellis. Beans are one of the easiest seeds to save as they don’t cross-pollinate with other beans. They are self-pollinating. Planting beans is an educational activity for children. Dried beans provide the protein for hundreds of millions of people all over the world.

Cabbage was an ancient cure for headaches and hangovers. Cabbage makes a good stomach filling food for diabetics. It is full of vitamins and minerals. Half a cup of raw cabbage which is ninety-three per cent water contains eight times as much Vitamin C, six times as much protein, and twice as much iron as three quarters of a cup of milk and only one-tenth of the calories. Cabbage is quite a tricky plant to save seed from as plants from the Brassica genus cross-pollinate readily. They must be isolated if a heading cabbage is desired. Cabbage growing can be made easy by sourcing the ancient varieties of open leaf cabbages that are very easy to grow and self-seed readily. One variety is Old Women Meet and Gossip Cabbage. It grows to about 1.5m and is open and sparse. The leaves are picked individually and added to soups and stews. Cabbage is beneficial for arthritis, and cabbage juice will expel worms in children. Cabbage is a powerful food medicine for the ital pot.

Carrots came from far and wide and were first used as medicine. Native to many parts of Europe, northern Africa, Afghanistan and central Asia, they come in many colours. Growing carrots is easy and they need a deep friable soil free of large stones so the roots can grow down deep without obstruction. In the tropics and subtropics, carrots will go to seed in the first year and are insect pollinated. Carrot juice is said to help clear the lungs and throat of mucus. It also prevents colitis, relieves peptic ulcer, stomach acidity and heartburn. Carrot soup is excellent for stomach and digestive upsets.

Chokos originated in Mexico and were widely used by the Aztecs. They are now found all over the world. They are a very hardy low maintenance food crop and will flourish over old garden fences or up trees. Choko is a perennial in Tropical and Sub-Tropical climates and an annual in temperate climates. Chocho will grow just about anywhere provided they have rich soil, so love to sprout out of a compost heap or over a chook pen in Springtime. There are prickly chokos, light green chokos and a more tropical white choko. They have a very nice texture and will absorb the flavour of anything they are cooked with.
Picked young when tender, they are very tasty, and the shoots and tendrils are delicious. Chokos can be planted in a box under compost and the resulting shoots can provide a good supply of tender greens for addition to your pot. In Indonesia and Mexico, the tuberous roots are eaten.

Corn originated in the Andes and was used by the Incas, Aztecs and American Indians for thousands of years. Corn is one of the most difficult crops to save seed from as it cross-pollinates. Most tribes had their own traditional varieties, from which they meticulously saved seed. The women were in charge of saving the seed from the corn harvest. Colombus introduced corn to Europe. By the 1700s it was widely available. Commercial hybridization of corn began in the 1940s. There are several types of corn, dent, flint, flour, pop and sweet. Maize corn is used to make flour. Sweet Corn is prevalent throughout the Caribbean these days and roasted and boiled or eaten young and sweet off the plant. Seed corn is under threat from genetic engineering. Mexican traditional corn varieties have been already contaminated with commercial genes.

Originating in northern India, the cucumber travelled to China and the Middle East. The Israelites complained to Moses in the wilderness at the lack of cucumbers, becoming accustomed to them in Egypt.
Cucumbers are a preventative medication in that they cleanse the blood and the inner body of toxins. Their rich vitamin and mineral content refreshes and nourishes the body to help it retard ageing or vulnerability to disease. The skins, the seeds and the roots are of value, particularly of the wild variety. Cucumbers can be cooked in stir-frys or eaten raw. They are a natural diuretic regulating the flow of urine. Beneficial to the kidneys it is also known to make skin soft and nice. Ripe cucumber can be used to relieve burns or placed over the eyes to relieve fatigue. A slice can also be placed on bruises. Cucumber is a very important ancient medicinal plant food. The cucumber plant is easy to nurture, just give it plenty of sunshine, water and food. Planting cucumber will ensure an abundant harvest of medicinal vegetables for preserving, pickling, eating and using as a beauty aid.

To ensure good health of the liver and stimulate the bile duct and hence appetite vital grees of the bitter variety must be included in the diet. Sugar and Salt are the two main tastes that are eaten in the western societies. Bitter Greens are an essential addition to ital food to maintain good health. Growing greens is easy and ensure a good supply of leafy green vegetables for a healthy diet. Brassicas include all the Chinese vegetable seeds too.

A relative of the Hibiscus and Sorrel or rosella bush Okra is a member of the Malvaceae family of plants. It originated in Ethiopia, Sudan, Mali and Burkina Faso, spreading across to India. Okra is a small sparse annual bush to about 1.5m. The yellow flowers develop into green pods that are ready very rapidly. Keep an eye on the bush and pick every day. Once the tip is hard and cannot be snapped off they are overdone and must be saved for seed. Africans carried their favourite okra seeds in their pockets to America where they have become a staple part of deep south creole cooling. Greeks and Middle Eastern people carried the seed with them to places like Australia. Plant okra direct into the soil after danger of frost has passed. Growing okra is easy if you keep in mind that it needs a long growing season. Twelve plants will supply a bountiful amount of okra for several months, but they must be religiously picked whilst young and tender. Okra is cooked quickly in stir fry and slowly in soups and stews. In Guinea, Africa the leaves are eaten as a spinach. Okras are mucilaginous and delicious to eat. There are many different varieties. Look out for a local variety near you and save your own seed.

This species of Cucurbit is the most vigorous yielding the largest fruits. Pumpkins can be identified by the seed, which has a cellophane covering. They will cross-pollinate with other cultivars of the same species, ie other pumpkins. If you want to keep a pure variety of pumpkin then only grow one type. Growing pumpkin involves planting the seed direct into hills of rich compost after danger of frost has passed. Give them plenty of room, as they have long shallow roots. Shoots and small leaves can be eaten cooked in coconut milk. Pumpkin seeds will expel tapeworms. Roasted or toasted pumpkin seeds are delicious and very nutritious. The different types of pumpkin yield different flesh, the dry varieties are particularly good for roasting. Pumpkin planting is a fun activity for the whole family.

Tomatoes originated in South America as a weed in the fields of Corn. They then became domesticated in Mexico and Central America. The extreme diversity of tomatoes had let to wide selection of varieties adapted to anywhere from the sub-arctic to the tropics. Growing tomatoes from seed is easy as they are self-pollinating. The acidity of tomatoes is said to aid the digestion of fats, eggs, cheeses and meat. If you find a tomato with good flavour and texture, then make sure you save the seed out of it and grow it. They can be dried and semi-dried like the Italians do, or made into sauces, chutneys and soups, added to stews and casseroles. There are so many heritage tomato varieties. Tomato seed germination involves fermenting the seed in water for a few days then put on sheets of paper towel, write the name of the variety on the towel and store until early Spring. The seeds can be planted with the paper towel and all. Cherry tomato seeds will come up in the compost and are very easy to grow. An organic tomato harvest is easy for even the novice gardener with tomatoes of many flavours and colours. 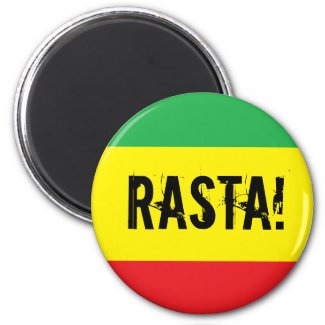 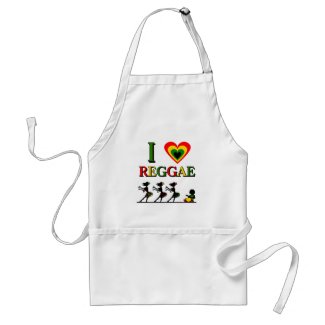