Barks, Roots and Herbs for Tea

Rasta herbs include roots and bark as well as leaves. Herbal teas are made from orange rind, cinnamon, mango and banana leaf as well as spices like nutmeg. The essential oils from the leaves, barks, roots and flowers are used medicinally.
Buy Organic Herbs at Starwest Botanicals

Mints of all kinds are indispensable in your Rasta garden. They are one of the oldest household remedies and are the symbol of wisdom and virtue. All herbs must be used with care and the user must know what they are doing. Pennyroyal for example which grows wild in Jamaica is used extensively in teas, however, it is a known abortive so should be handled with care. From ancient times mint has been known as a powerful aphrodisiac. Crushed mint leaves Mentha viridis are particularly good in drinks. Added to hot medicinal teas, iced tea, lemonade or limeade.
The ancient Roman Goddess of the Harvest, Ceres had a mint drink recipe that kept her youthful, slim and in good health. It was a small teacup of pearl barley, the peel of one lemon, four lumps of sugar. Covered well with fresh mint leaves. To this six cups of boiling water was poured. It was left to stand overnight, chilled, strained and served over ice. Always use fresh mint. Mint is grown from runners and loves shade, water and fertilizer. Best grown in containers as the runners invade other plants. Peppermint Mentha piperita is used to ease stomach upset.

Thyme is one of the most important herbs in your rasta garden. It is used in almost all savoury dishes and is an indispensable medicinal plant. In ancient medieval times, it was known as a love herb. It renewed shattered nerves and repaired damaged hair. Thyme is an essential ingredient in the deep south creole soul food of New Orleans. There is a custom in France for peasants to keep an iron pot of soup on the stove twenty-four hours a day, three hundred and sixty-five days of the year to which to which they add the remnants of vegetables and herbs every day. The was called Pot Herbs.
Plant Thyme in a light rich soil in a sunny spot near a rock so its roots can climb atop to aerate, and plant plenty of it. Every garden needs at least twenty plants to sustain a family. Thyme is a good source of iron.

Sarsparilla is a perennial trailing vine. The root of Jamaican Sarsaparilla is used to treat rheumatism, arthritis and other pains. It is used to remedy skin conditions, such as acne, eczema, psoriasis, ringworm and scrofula diseases. It is said to cure syphilis. It is a good blood purifier. It helps to break up infections in the body by eliminating wastes through urine and perspiration. It supports the proper functioning of the liver and colon. It is an ingredient in many tonics for general well-being. Sarsaparilla is regarded as an aphrodisiac, and especially prized by Jamaican men. It balances the hormones in both males and females. It is recommended as an antidote for any strong poison but should be taken on a clear stomach. It is used to relieve flatulence. It is used as an eye-wash. Also used for colds, fever, and as a hair growth hormone.

The humble basil has a rich history full of myth and folklore. In ancient times Basil was feared by men because it was ruled by the astrological sign Scorpio, witches being born under the same sign. In the late 1600’s, Salem Massachusetts was infested with ‘witches’ and anyone growing basil was suspect. If a travelling salesman came through town selling herbs and hung a sign Basil for Sale he was marked as a friend of the witches and hung. In modern times such superstitions have been laid to rest, thank goodness, and we recognize that witches were actually the healers downpressed by a vicious society controlled by the patriarchy. Healers the world over know the power of basil. A cup of basil tea to lift a sagging spirit or raise the libido. Basil is also known as a love herb. Italian lovers wore a sprig over their left ear to let women know they were available for the night. Hindus worship the plant as a deity to assist them in the pollution of their thoughts and for protection. In Haiti, merchants sprinkle their stores with sweet basil water to chase away bad luck or attract buyers. The virtues of every green plant are Vitamin G, chlorine, chlorophyll, salts, silicon and sodium. Although basil is classified as a herb for the bladder and kidneys, it was included in very few cures. It was generally recommended only in dire emergencies to withdraw poisons, yet it reputedly did give mankind an expellent for the afterbirth of a dead foetus and cures for catarrhs, dimness of the eyes, fever, melancholy, stuffed up noses, unclean wombs, venomous bites, warts and wounds. Basil was a preventative medication. Basil gave women sparkling eyes, soft skin and a positive attitude.

This basil is a sacred plant. It is a miracle healing plant and has no equal. It is a hardy little plant and will grow very easily.
Read more about this plant here 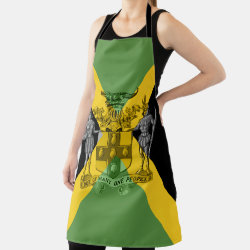