Rasta Food is your Medicine

“You’ve got to put in to take out” Bob Marley

Rastas grow their own food. Chilli peppers, coconut, ground provisions, tropical fruits, herbs, spices and vegetables. Rasta Food is about simplicity and sustainability. Having your own patch of garden and seed to grow, no matter how big or small. This is your ticket to fresh, nutritious organic food full of life force. It also saves you from spending money on expensive, inferior processed inorganic food covered in pesticides, fungicides and herbicides. You know what you are getting.
Buy Organic Herbs at Starwest Botanicals
The Rastas know that food is medicine and anyone who has been to Jamaica and eaten delicious ital food will tell you how healthy they felt on their return. Rastas avoid salt, oil and meat, chemical food, alcohol, cigarettes and drugs. Cannabis is not considered a drug. Pork is not eaten and is referred to as “The Seven Devils”. Shellfish are also not eaten as they are the bottom feeders of the ocean as well as fish without scales This way of living is biblically based and the vow of the Nazarites is taken, see King James Bible, Numbers 6. Ital food and Jamaican food, in general, is influenced and inspired by many different cultures, African, Indian, Middle Eastern, and Chinese. The flavours are unique due to the strains of chilli pepper grown and the mixture of seasonings used in the pot.

A nice little rasta garden is the first thing you need for an Ital diet, the second is a great cooking pot, and of course fire. Each one Teach one about our Vegetable diversity. Jah has given us abundance. Keep our vegetable and fruit strains alive. Swap and Collect seed and plant material on a local level.

Chewing sugarcane, drinking coconut water straight out of the green coconut or eating barbecued corn off the cob, the message is simplicity, food that is as fresh and unadulterated as possible. Boiled green banana, roast breadfruit, yams, coco, plantain and ackee are some of the rasta ital staple food crops. Herbs like thyme and basil, spices like pimento, cinnamon and paprika and the red-hot spicey Jamaican scotch bonnet pepper provide the flavour. Fresh coconut milk for the creamy exotic richness and sustenance. Rice and peas is also a staple dish, made with red kidney beans or gungo peas latin name Cajanus cajan.

The world is changing and the foods that we have associated with different cultures in some cases are dying out. One of the many reasons is because youth are not learning to farm and are being brainwashed by mass media to pursue cash instead of becoming self-reliant. As well as this prime agricultural land is being destroyed to make way for highways and factories to provide the export markets with endless pointless goods for us to buy. At the local markets in Jamaica, you can find fresh coconut oil, abundant tropical fruits and ground provisions in season. 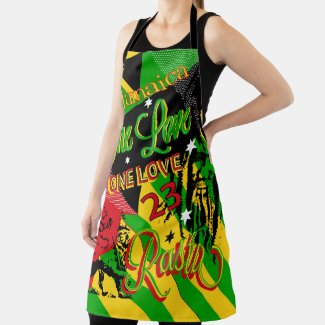