Maroon medicine represents a part of Jamaica’s heritage and deserves greater recognition for its importance. The retention of medicinal practices and traditions is evident mainly in the rural communities (where technology is not as widespread). To a lesser extent, this is also evident in urban communities. With modern technology, medicine has moved from a purely traditional phase to high-tech production of synthetic chemicals and the extraction of chemicals from plants to make medicinal drugs. Several of these medicinal drugs are derived from the plants that form the basis of traditional medicine.

The importance of preserving traditional medicine

It was the use of certain plants for medicinal purposes by people like the Maroons that prompted scientists to study these plants in order to ascertain the usefulness of their components for the production of medicinal drugs. The importance of traditional medicine has gained support from the World Health Organization and other international bodies that have been actively promoting it on a global level. This has made such an impact that the herbal medicine market has been revitalized and seems to be a new option rather than an afterthought for the treatment of various ailments and diseases.

Plant Medicine of the Jamaican Maroons

The traditional medicine practiced throughout a country will usually differ depending on the influences and roots from which the practitioners came. The locality of plants in certain geographical areas or climates makes traditional medicine even more specific to indigenous cultures. The Maroons being descendants from the “Mother Land” have retained many traditions that are characteristic to Africa. There have been some new practices due to influences of different cultures that they may have interacted with. This is an example of some of the plants they use:

This is a smooth-skinned more or less erect fleshy herb from the Stonecrop family. It grows up to about 1.2m tall. Its lower leaves are simple and the upper complex in formation. Its flowers are light green (and turn yellowish) and dull brownish red.

The mucilaginous leaves of the plant are pressed or boiled for its juice. This juice is used for the relief of stomach pains. The mucilage is also thought to be useful in healing ulcers. The pulp of the crushed leaves is also used as a poultice that is applied over the stomach and the crushed leaves are applied to the forehead to relieve headaches. It has also been used for hypertension and treatment of sore feet, but generally, it is most commonly used for treating the common cold.

The Cola Nut is a medium-sized tree native to West Africa from the Sterculiaceae family. It has leathery dark green leaves that are often twisted at the tip. It has small flowers that lack petals borne in clusters. Both male and female flowers are produced on the same cluster. The fruit is a follicle, which is corky or rough on the surface and may be 20 cm in length. The Maroons prepare a tea from the powdered bissie (or cola nuts) mixed with rum. It is used for settling the stomach or “pains in the belly”, and as a tonic. The pains in the belly are usually associated with “ptomaine poisoning”, known to have happened after eating tinned meat that has gone bad. They also use Bizzy for “nerve problems”.

This plant is a climber from the Cucurbit family with its leaves cut into several narrow based lobes. Its fruits are narrow at both ends and the seeds are covered with a red pulp. It is also known as the bitter gourd or butter cucumber and is used as a medicine all over the world under different common names.

Cerasee is commonly found on fences, hedgerows, beaches and shrubs in disturbed areas. The Maroons use the aerial parts to make a bitter tea. This bitterness has been a rationale for any reputation as a tonic and as a blood purifier. They however use it more as a blood purifier. They also use the tea for griping or pains associated with the stomach as well as for colds and fever.

This plant from the Spurge family usually takes the form of a short-lived shrub or small tree. It usually has many branches and varies in heights from 90cm-12m. The Maroons commonly prepare castor oil from the seeds of this plant. In preparing the oil the stirring is only carried out in one direction and one should not look away while the oil is rising to the surface. The oil is used by the Maroons as a laxative, a cleanser for many other conditions including colds, and midwives have employed it to speed up labour by administering it to the mother. The oil has been linked to a vast number of ailments but its main role has been a “cleanser”, rather than a treatment specific to a particular condition.

This is a bushy herb from the Dogbane family that grows up to about 80cm and has a single flower. The flower is usually white or pink, or white with a pink eye. It is commonly found in gardens and waste places mostly at low elevations and it flowers and fruits all year round. It is also known as Vicia minor or Vicia rosea. The Maroons uses constituents of this plant as a “blood strengthener” for anemia and leukemia, as a mouthwash and external astringent. This herb has also been used as a remedy for tuberculosis, and has been credited as a remedy for certain cancers.

A native of Brazil and a member of the Arrowroot Family, Arrowroot is an herb that grows up to about 1m high, with a fleshy underground stem. Flowers are white in colour and its seeds are rather rough with a yellowish coating. The rhizome of the plant, a rich source of starch, is beaten and ground to produce “arrowroot flour” or “arrowroot starch”. The maroons make this into a thickish soup and this soup is used to treat diarrhea, especially in children, or “to strengthen the stomach after a baby is born.” It is also used as a blood purifier. The Maroons have also used this plant to treat cases of poisoning.

Annatto can take the form of a shrub or a tree; the former may grow up to 3m high and the latter up to 6m high. The flowers are usually pink in colour and the fruit is in the form of a capsule. Inside the seeds are covered with a soft reddish-orange pulp. It is commonly cultivated and occasionally naturalized in secondary growth and on waste ground, especially on alluvial soils. This plant is naturalized throughout the tropics and is best known for the dye extracted from the pulp surrounding the seeds. This dye is also used to colour butter, margarine, cheese, curries and soups. The Maroons make a tea with the leaves that they use for biliousness. In bad cases, vomiting bile may occur. The use of Annatto seems to be justified, on occasions, on the basis of cleansing by laxative action, which is the rationale for using the tea in conjunction with a “worm killer” especially in children. Annatto is also used against ailments of the liver. 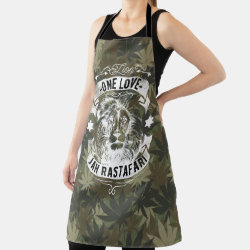