The Island of Wood and Water – Jameyka

Jamaica is beautiful island in the Caribbean Sea ninety miles south of Cuba. It has a vibrant history that extends back to the Arawak Indians who once colonised the islands. Gradually they have disappeared and retreated back to the head of the Orinoco River in South America.

It is known as the land of wood and water because of all the beautiful fresh inland waterfalls and rivers that cascade down to the salty sea. It was over taken by pirates and colonisers later in history and African slaves were bought in to work the sugar cane for the Empire back in England.

The Maroons over threw the English soldiers and ran them out and it wasn’t until the middle of the nineteenth century that Jamaica finally won independence from Britain.
Paralysed by the World Bank and tourism from other countries. Jamaica is now a very poor third world country with little infrastructure and and local agriculture due to the influx of foreign imports and destruction of local resources.

The Story of the Jamaican People

A Brief History of Seven Killings 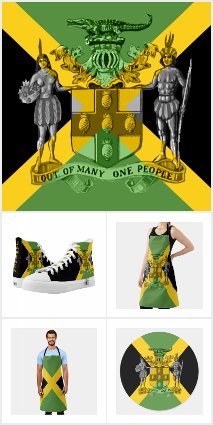