“You’ve got to put in to take out” Bob Marley

Rastas refer to underground root vegetables as ground provisions and eat them at most meals. Ground Provisions provide a staple food and ensure nutrition in times of scarcity as all are grown underground and store food in their swollen modified roots and stems. Ground Provisions include true Yams or Dioscera spp from the Dioscoreaceae family. This vegetable is the third most important tropical root crop after Cassava Manihot esculenta from the Euphorbiaceae family and Sweet Potato Ipomoea batatas from the Convulvulaceae family. The best way to source roots crops to grow is to buy them from local organic grocers or cuttings from local gardeners. Problems with quarantine occur when moving soil covered roots interstate or internationally.

There are over 600 species of Yam. They provide a staple for people in West Africa, Central America and Caribbean, Pacific Islands and Southeast Asia. Australia has three species that would be worth further selection. Dioscera bulbifera, a hairy yam from the North. Dioscera bastsifolia from South Western and Western WA found as far north as Geraldton and Dioscera transversa, the long yam found down the East Coast. The Indigenous Aboriginal people of Australia used these yams as food for thousands of years. An African species Dioscera elephantipes produces a basal stem weighing up to 320 kg. Yams even larger then this has been reported in the South Pacific. In Melanesia, Yams can reflect a growers status in the community and some are reserved for the Chief only. They are used as gifts and ritualised exchanges and represent masculinity.

Yams will flourish planted in fertile deep soil with a trellis to climb at the beginning of the warm season and they are very rampant. After harvest, certain sections of the tuber with eyes are reserved to heal and be replanted later when they start to shoot. Seed Yams borne on the axils of some yams can also be used for propagation. When Yams shoot you can almost see them growing. The thick square stems snake their way up whatever they can find to climb. Mound soil up around them base and shen the stems have died back as cool weather approaches dig up the tubers. Eat chunks boiled roasted or fried in stews casseroles and soups.
Preserving yams is a dying art in Jamaica but is still practised in some rural areas. The Yams best suited to this include Renta, Muzella, White Yam and Puppa Will. The best quality and largest tubers are dug carefully so as not to bruise them and hence cause rot. Then it is covered with a generous coat of ash from the fire where yam remains have been burnt. The Yam is then put out in the hot sun for a few days where it goes very hard. It is then stored in a cool dry place away from moisture. Most Yams would be very dry in three months and preserved this way can last for over a year. It has a very powdery texture when preserved this way and is delicious when baked. Dasheens can also be preserved this way and Yams are the most popular.

Perennial open branched shrub with palmate leaves to four metres. There is bitter and sweet cassava. It is drought tolerant and frost sensitive. Cassava is a heavy feeder and will be easier to harvest if grown in friable soil. Ground is left to regenerate after a crop is grown.
In a year the roots will be ready and the leaves die back. Prune back in winter and plant 30cm stem cuttings back in the ground in Spring. Bury one third of the cutting
The yound shoots can also be eaten. Consume roots within 24 hours of harvest. Roast in chunks, boil and fry. They have a unique and nutty flavour. A flour can also be made. Red stemmed are more suited to cooler climates and green stemmed for warmer climates.

Originating in the Andes, there are an exotic array of different varieties. Andean farmers grew traditional varieties that look nothing like the potato we buy in the Supermarket. Solanum stenototumum or Pitiquina are a very primitive variety. Solanum geniocalyx or Limena have deep yellow flesh and a lovely flavour. These old land races go from bright yellow, deep purple to black. They are often frost nematode and insect resistant. Germinate tubers in the dark then expose to the light 24 hrs before planting. They like particular soil types and are frost intolerant. Choose only healthy tubers for propagation. Potatoes vary in their waxiness for salads, flouriness for boiling baking and chip making. A trip to the local organic farmers market will unearth some good stock for planting. Be on the lookout for different varieties.

Originating in South America and the West Indies these delicious creamy sweet tubers are now grown throughout the world.
The tubers come in many flavours colours and textures. Cultivate annually for best results and watch out for small rodents and animals as they love them too.
Cuttings are easier for propagation than tubers. Take a runner and plant in soft soil. Hill around the plants for greater production. The tubers contain high levels of mineral salts and vitamins. Coloured flesh varieties are high in Vitamin A. Young sweet potato leaves can also be eaten as green.

The Taro Eddo or Dasheen in also eaten as a ground provision. It is best grown by corm in damp rich loamy soil. The oxilide crystals they contain shaped like needles are released in the mouth while chewing and it isn’t very pleasant. Look for varieties that are known for good eating. Most varieties must be soaked several times with changes of water to get rid of the oxilide crystals. In Polynesia they eat fermented taro. It is called Poi and is very nutritious this way.

Following Hurricane Dean the ground provisions such as yam, Irish potatoes and vegetables in Manchester, were severely affected. Eighty acres of yam was lost 30 acres of irish potatoes destroyed. The farmers needed all the help they could get from international agencies and non-governmental organizations (NGOs) to get back on their feet.

Despite an ideological commitment to local produce, and the proactivity of some small-scale producers, tubers, once key carbohydrates in the Caribbean diet, are declining in importance.

The retention of land, particularly for agricultural purposes, by small-scale producers and plantations alike, continues to be under threat, not just by hurricanes, agricultural diseases, and declining prices for many agricultural products, but by a growing non-agricultural sector. Plantations have declined in importance through most of the Caribbean during the last century, and, accordingly, many former estates have been sold off. Supplementing one’s wages on a plantation with the maintenance of a provision garden has thus become increasingly difficult. Golf courses, mining expeditions, and hotel development not only acquire or degrade land, but draw West Indians into low-paying service-sector wage positions. As labour has gradually been drawn out of the agricultural sector, and land for gardens is increasingly abandoned, sold, or not maintained, many Caribbean people have become increasingly reliant on wages in a highly volatile and unstable service sector to buy packaged, imported food items. 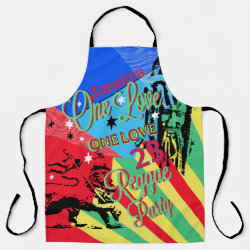