Coconut is a staple part of an ital diet

Coconut is a remarkable food source

Coconut is a member of the Arecaceae family of plants and has been called the Tree of Life as every part of the plant is useful. It is a tropical palm and grows to thirty metres in height with a smooth trunk and large pinnate leaves. The palm has spread throughout the tropical world due to the fact that the light fruit can float on the currents of the ocean and sprout on a new land.

The exact origins of this monocotyledon are unknown however it has been around for a very long time. It thrives on sandy soil with high salinity so is seen on the seashores of most tropical islands. It also requires high humidity.

The fruit itself is a simple dry nut. The husk or mesocarp is made of fibres called coir and there is an inner stone or endocarp. The endocarp is the hardest part. This hard endocarp has three germination pores that are visible on the outside surface once the husk is removed. This is where the radicle emerges when the embryo germinates. Adhering to the inside wall of the endocarp is the testa with a thick coconut meat, the white and fleshy edible part of the seed.

The meat contains less fat than other dry nuts like almonds however it is noted for its high amount of saturated fat. Ninety per cent of the fat found in coconut meat is saturated exceeding the content of lard, butter and tallow. It also contains less sugar and more protein than other popular fruit like apples, oranges and bananas and is high in minerals such as iron phosphorus and zinc. The hollow inside space is filled with Coconut water. This can be drunk fresh straight from the young coconut. The milk is made from grated coconut meat mixed with warm water.

The meat in a young coconut is softer and more like jelly than a mature one. It is referred to as  Jelly.  Jelly is very beneficial to our health. When the coconut has ripened and the outer husk has turned brown, it will fall from the palm on its own. The meat is now thickened and hardened and the water has become bitter.

Coconut Water contains sugar, fibre proteins, antioxidants, vitamins and minerals. It provides an isotonic electrolyte balance and is a highly nutritious food source. It has been used to intravenously feed newborn babies who are dehydrated. Unless it is spoiled the water remains sterile until the coconut is opened. The benefits of Coconut Water to our health and healing are profound. The problems come when it is combined with a western diet of processed foods and trans fats.

The milk is made by processing grated meat with hot water or milk. This extracts the oils and aromatic compounds. When refrigerated and left to set, the cream will rise to the top and separate out the milk. Virgin  Oil is produced by controlled heating of the milk to extract the oil. The medicinal uses for this plant are many. In the Philippines, it is known as the Pharmacy in a Bottle. In Jamaica, it was known as a heart tonic. Jamaicans say it washes the heart.

Coconut Oil is the best oil for frying as it is not harmed by heat, unlike unsaturated oils. It is left to smoke and can get very hot so is excellent for browning food. It does not contain the trans fats that produce insulin resistance, diabetes, cancer and autoimmune diseases. This Oil does not contain oxidized cholesterol (produced by hydrogenation and high heat processing) that are responsible for heart disease and stroke. It also contains medium chain fatty acids that are metabolized differently so are burned as fuel rather than stored as fat. Medium chain fatty acids are anti-microbial agents. It was used in food products for centuries. It was only replaced by partially hydrogenated vegetable oils (most soybean oil) in recent decades, during which time levels of heart disease, stroke, diabetes and obesity have reached epidemic proportions.

This oil is the only oil to use for frying. The white meat can be eaten raw or shredded and dried and used in most cooking recipes. A single fruit has as much protein as a 250gm steak. It is used in cakes pies, candies, curries and sweets. Just about every ital dish will contain coconut. 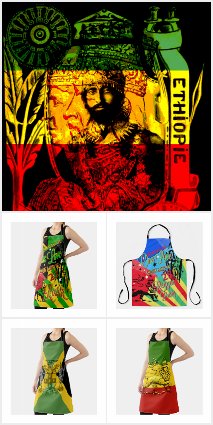