Grow your own hot peppers for spicey Rasta Food

Get into some spicy Caribbean and Jamaican food with some rasta hot peppers. Grow your own Scotch Bonnet or Rocotilla Chillies or try some in traditional Walkers Jerk Sauce. Chillis originated in Bolivia spreading through Central and South America. Colombus found chillies in the West Indies on his way to the East Indies on his search for spices. He named the inhabitants ‘Indians’ and the chillies ‘peppers’. Both names are still used today. Chillies spread to the Philippines in the fifteen hundreds and then on to China where it was called the foreign pepper.

There are several species of chilli pepper and hundreds of varieties coming from all over the world.

These chillies have white flowers and one fruit emerging from each growing point. They are good for temperate regions.

These are the most common type of peppers and have two or three fruits growing from each growing point. They include the birdseye chilli, which puts the hot kick in Tabasco sauce. The squash chillies are also included in this species. These are commonly known as the Scotch bonnet pepper or Rocatillo in Jamaica. Capsicum frutescens will cross with Capsicum annuum.

This group has purple flowers and black wrinkled seeds. Their leaves are covered with light fuzz. They include the Monzano chilli and grow well in Australia.

The Central American Escabeche pepper used in Mexican cooking is included in this species, as well as the Andean Aji, which has been in cultivation for four thousand years. They have large leaves and flowers and are extremely hot.

Chillies are cold tolerant but frost sensitive. They grow as a perennial in subtropical and tropical climates and as an annual in temperate regions. Sow the seed indoors in late winter and plant outside after all danger of frost has passed.

Peppers are self-pollinating but crossing by insects does occur. Chilli pollen is dominant over sweet Capsicum pollen. The best way to extract seed from peppers is to blend fresh chillies with water and pulp will rise to the top. Seeds will settle to the bottom. Wear rubber gloves and work in a well-ventilated room. Take care when working with chilli seed. When kept in airless cool and dark conditions seed will remain viable for five years.

Research has shown that Capsaicin an active ingredient of peppers helps the metabolism and prevents obesity. They contain three per cent protein and are very high in vitamins C and K. 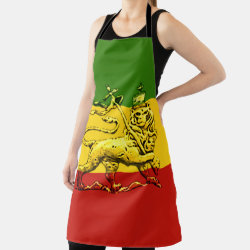